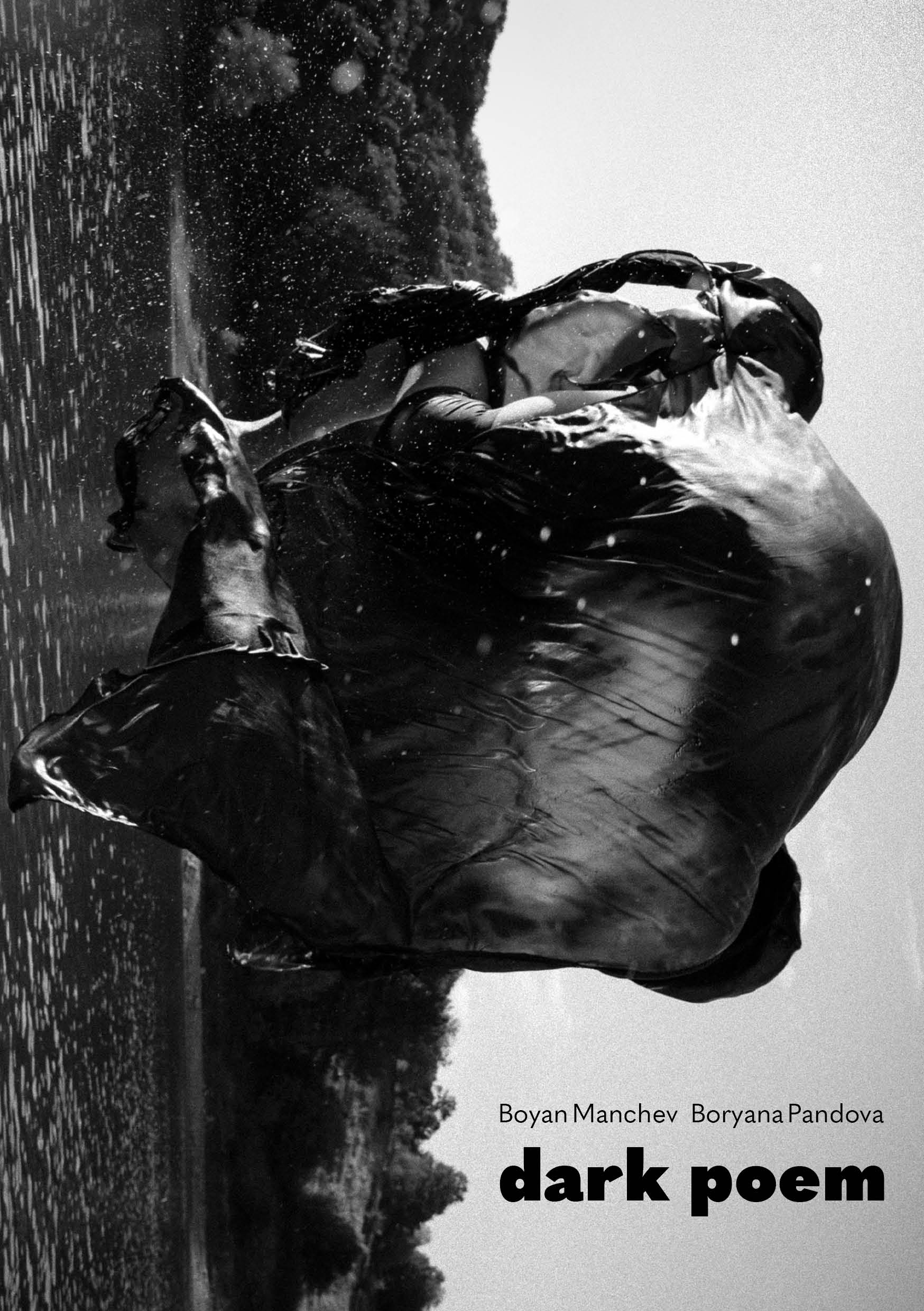 Translated from the Bulgarian by Philip Stoilov

36 pages, including 14 black and white photos by Boryana Pandova

The book is the result of experimental work on staged actions and situations with the participation of the actor Leonid Yovchev and Boyan Manchev, related to Metheor ’s performance Hijikata and His Double (2019). Dark Poem is dedicated to Tatsumi Hijikata, the legendary founder of Butoh – a radical Japanese dance form, which played a crucial part in the history of contemporary performing arts. It was inspired by Butoh-fu [舞踏譜], an experimental form of notation invented by Hijikata, as well as by Eikoh Hosoe’s photographic series Kamaitachi, with the participation of Tatsumi Hijikata (1969).

Half a century after Hijikata’s scandalous performance Hijikata Tatsumi and the Japanese people (1969), Dark Poem puts forward the question on the possibility of the (artistic) revolution.

I, Hijikata Tatsumi, address the people today.
I release my infant warriors. I will not perfrom seppuku, but I will cut off one hundred thousand heads.

My infant football players, my mud-spattered criminals, we will glue together new bodies with mud and slime and loose veins. We will use the loose tongues of the veins to connect the knee joints, while the heels will pass through the ear canals, we will flow into our own veins in reverse, and the violent wind of the North will ventilate the brain folds in our lungs. This is how bodies dance upside down. This is how the small suns of the atom scatter like new constellations, galaxies, universes in our placenta, in our protein soup, in our boneless cosmos.