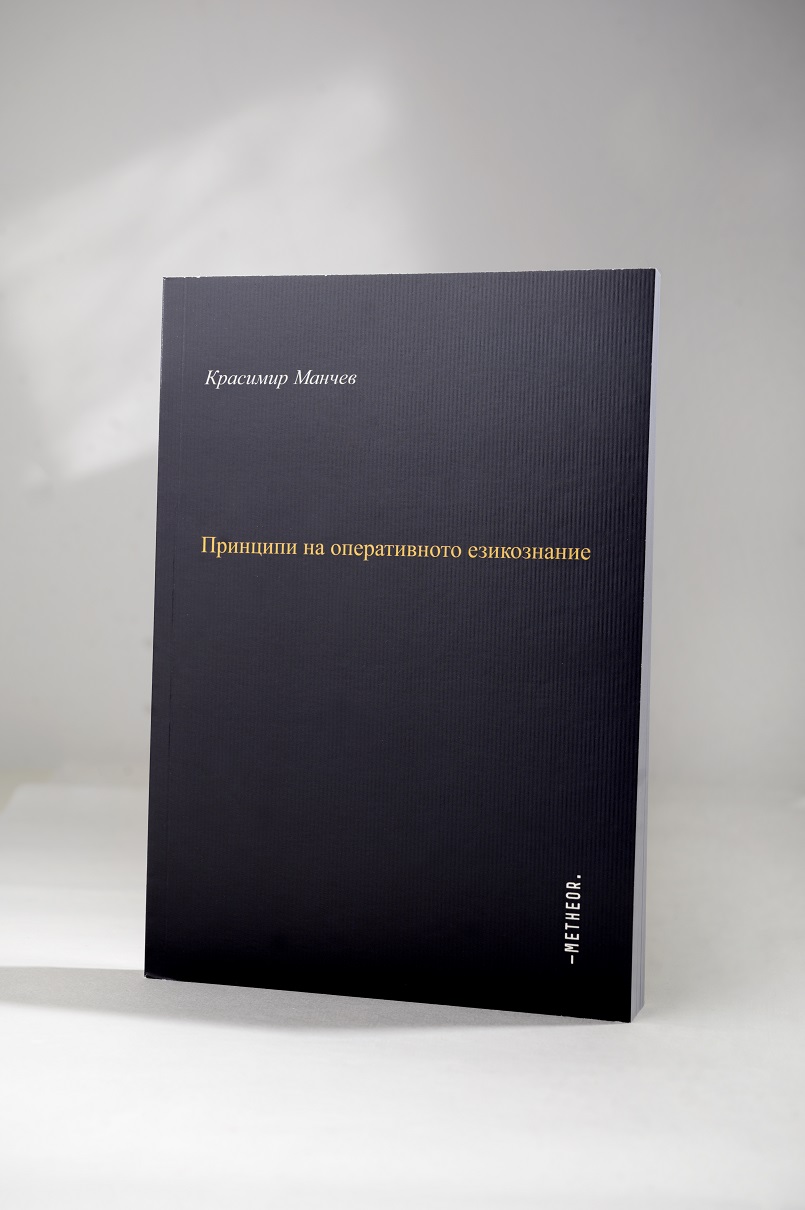 The book presents for the first time entirely in Bulgarian language the work of the Bulgarian linguist Krassimir Mantchev (1938-1997) who worked mainly in French. The book includes three studies, representative of Manchev's theory in the field of general linguistics - "The Foundations of Ideogenesis" (1970, co-authored by Hristo Todorov (1938-1983), an associate and close friend of Mantchev), "Principles of Operative Linguistics" (1976) and “Principles of typological study of languages” (1976). Common to these studies from the early period of Mantchev is the theoretical orientation which allows them to be conceived as a conceptually coherent corpus and as a kind of introduction to Mantchev’s model of "operative" or "processual" linguistics, close to the philosophical ontologies of potentiality.

The publication includes biographical and bibliographical information and introduction of Mantchev's theory inspired by the French linguist Gustave Guillaume (1883-1960), as well as, more generally, of the orientation of the so-called "Bulgarian Guillaumean school”.

Krassimir Mantchev's first book in his native language would make possible his original theory to reach a wider audience in Bulgaria as well. The book was published in connection with the conference "Complexity of Linguistic Systems and Structures: A Perspective on the Romance Languages" of the Department of Romanistic at the Sofia University, dedicated to Professor Krassimir Mantchev, on the occasion of the eighty anniversary of his birth, including the round table "The True Literature is to Come" (Sofia University "St. Kliment Ohridski", 24-25 November 2018).