CLOUDS. PHILOSOPHY OF THE FREE BODY BY BOYAN MANCHEV 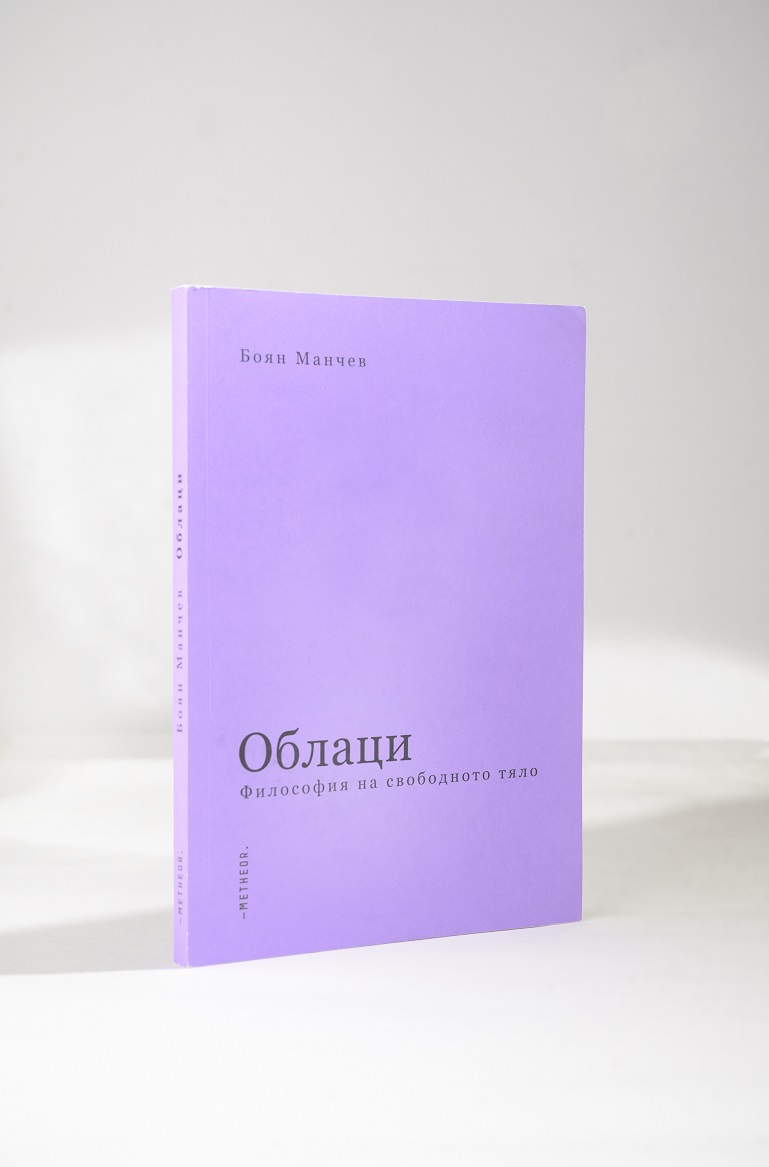 
Clouds. Philosophy of Free Body poses the question of freedom and the metamorphosis of body-subject, trying to ignite the imagination beyond the constraints of the sclerotic discursive forms. It is an attempt to create a philosophical text in a fragmentary and loose form. The book introduces a new radical method, defined by Manchev as philosophical fantastics.

The book about clouds is also a cloudy book. It is a book of clouds and a book on clouds. A book in clouds. A book veiled in clouds and a book woven of clouds. It is a condensation and expansion of the cloud. It is a book that swirls, thickens and thins, solidifies and expands, that spreads out and speeds up, that is woven through forms, passes through forms, diaphanous and dense matter.

The book about clouds is also a book of clouds. A book-cloud.

The book about clouds is a book – a persistent, metamorphosing cloudy mass, a mass of potentiality and intensity. The cloudy mass of the book.

The book about clouds is a book that experiments, that is, examines the potentiality of a particular concept/figure: in a multitude of genres, aspects, forms of thought.

Besides being a difficult, if not paradoxical, object of science or figure of representation, or a privileged poetic image, could the cloud also be a philosophical concept? Yes, is the answer of philosophical fantastics. Yes – the latter reiterates – because every concept is a cloud.

We need a new form of fiction, and this need is fuelled by our meteorically-cutting certainty: true literature is yet to come.

True literature is literature where truth is mobilized in the form of fiction, with the electric intensity of a cloud.

Excess is lightness itself.