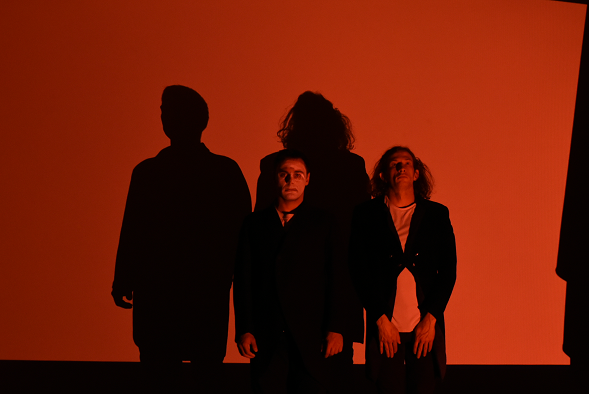 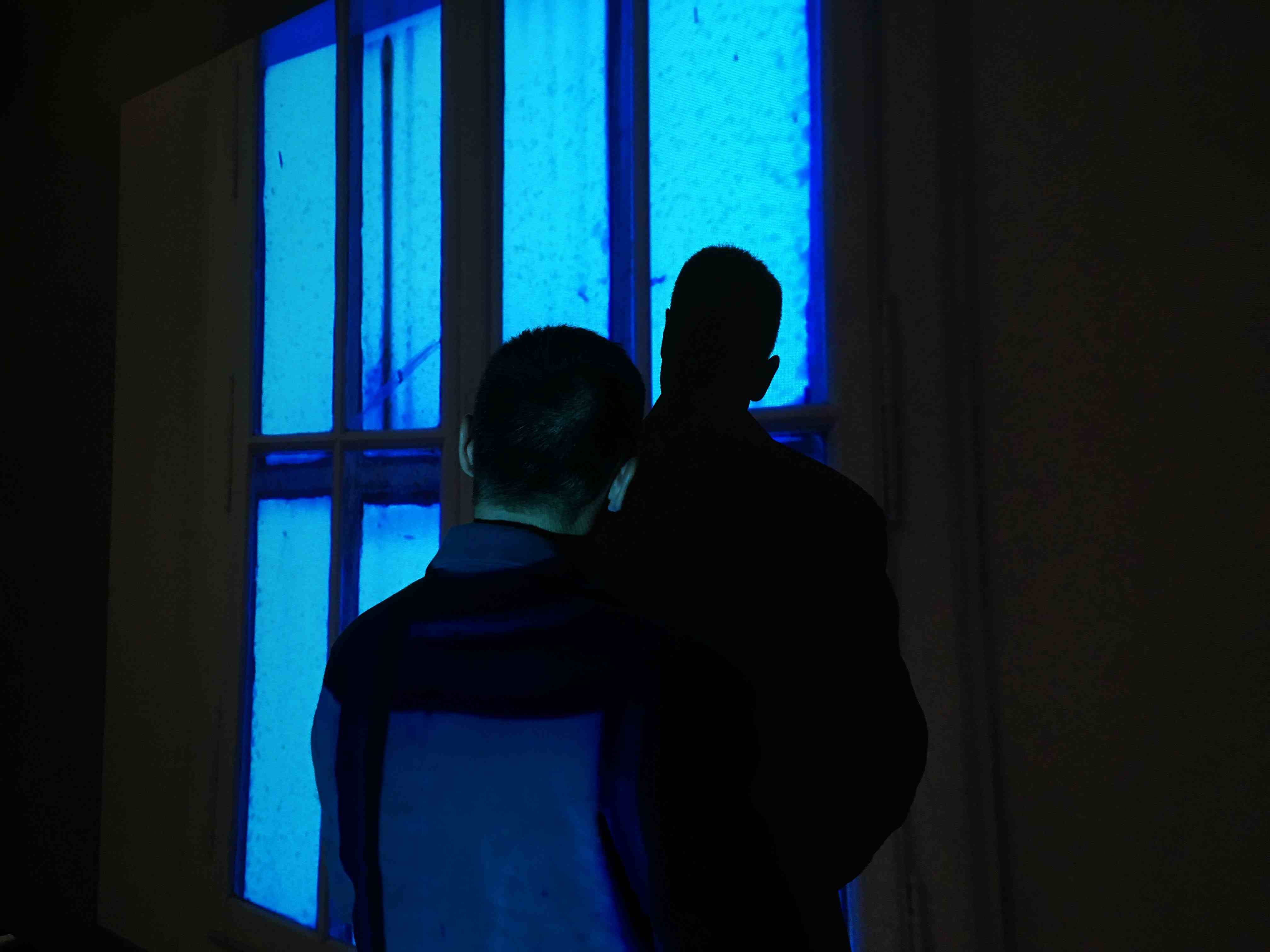 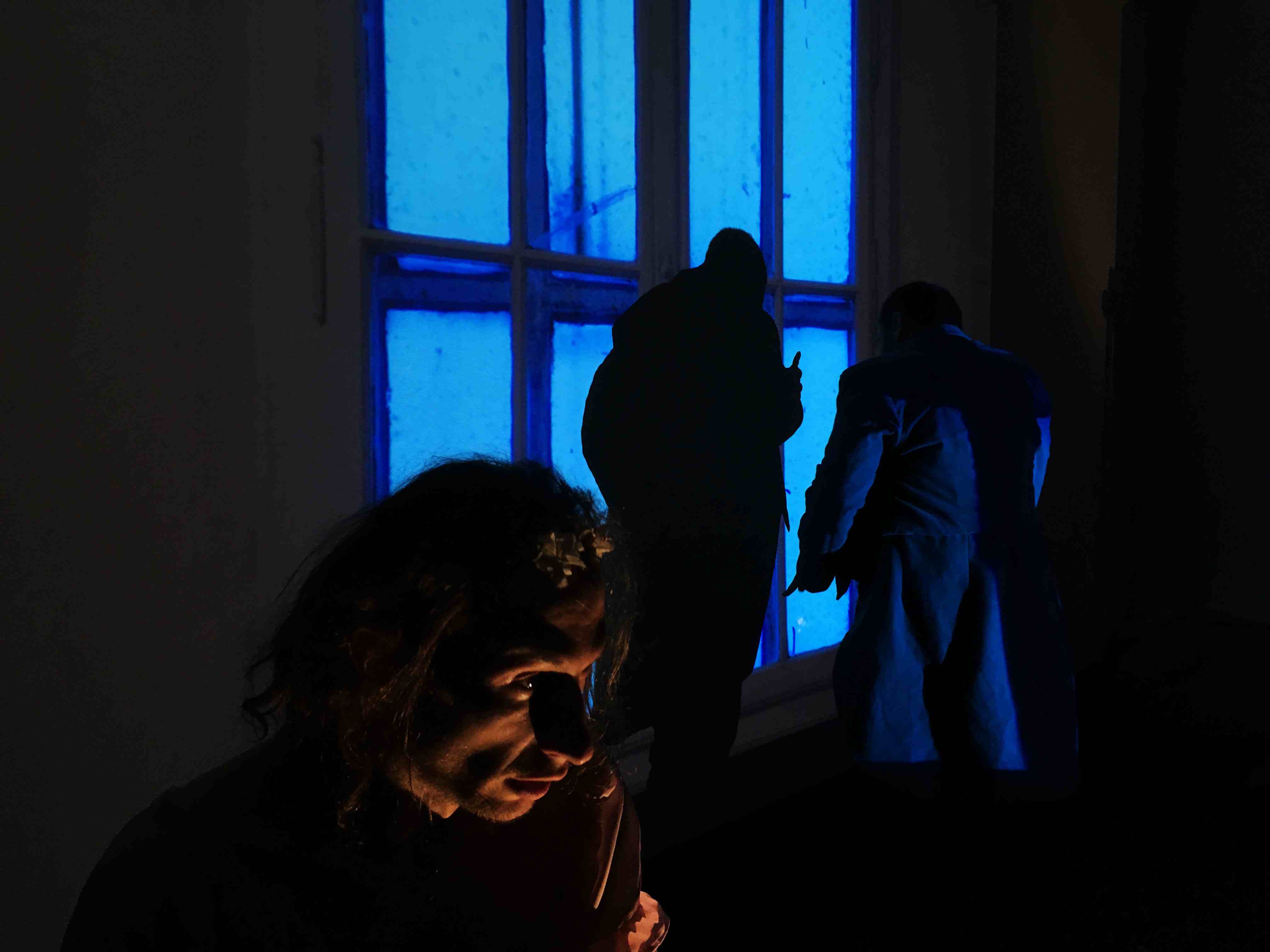 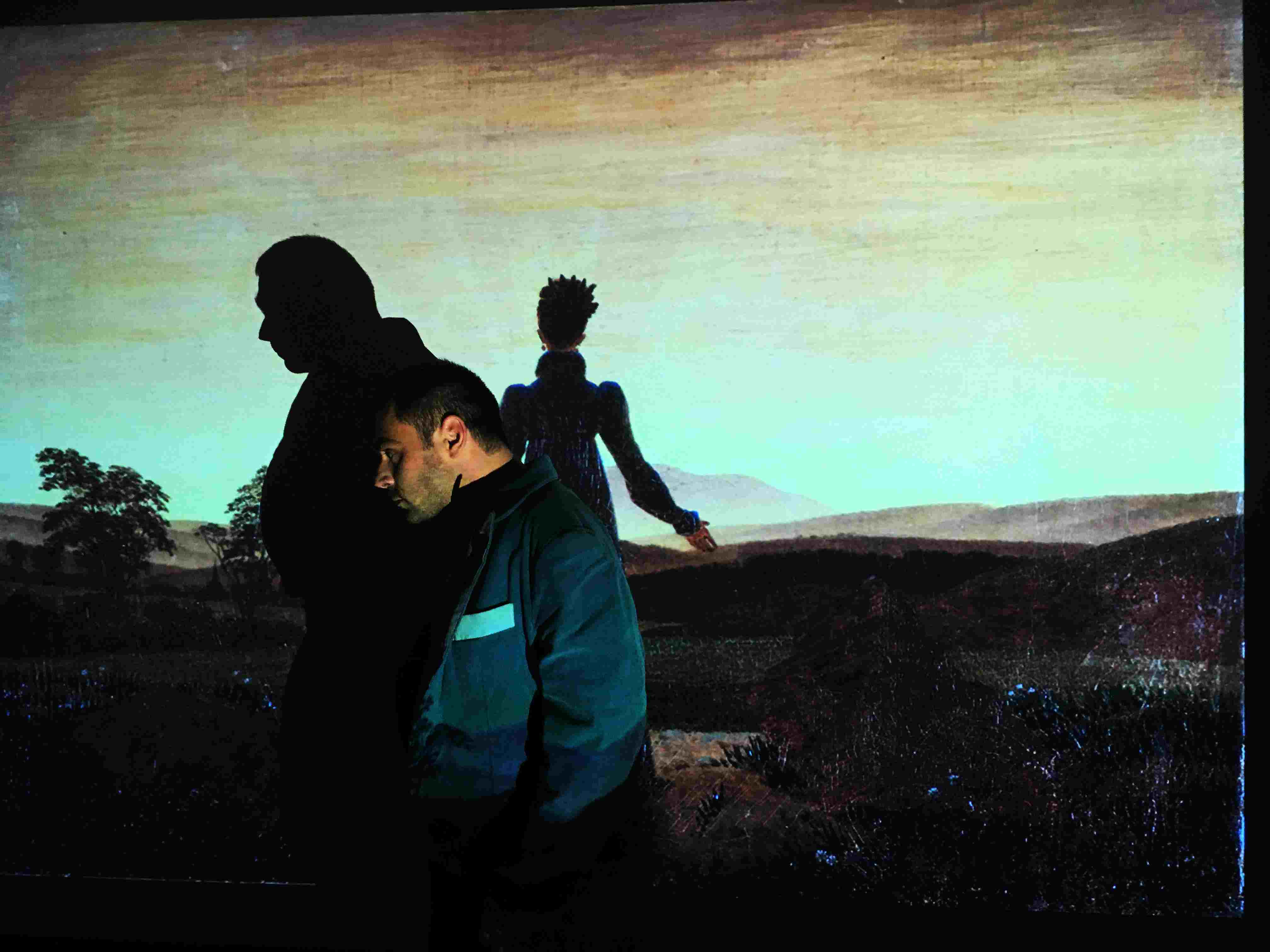 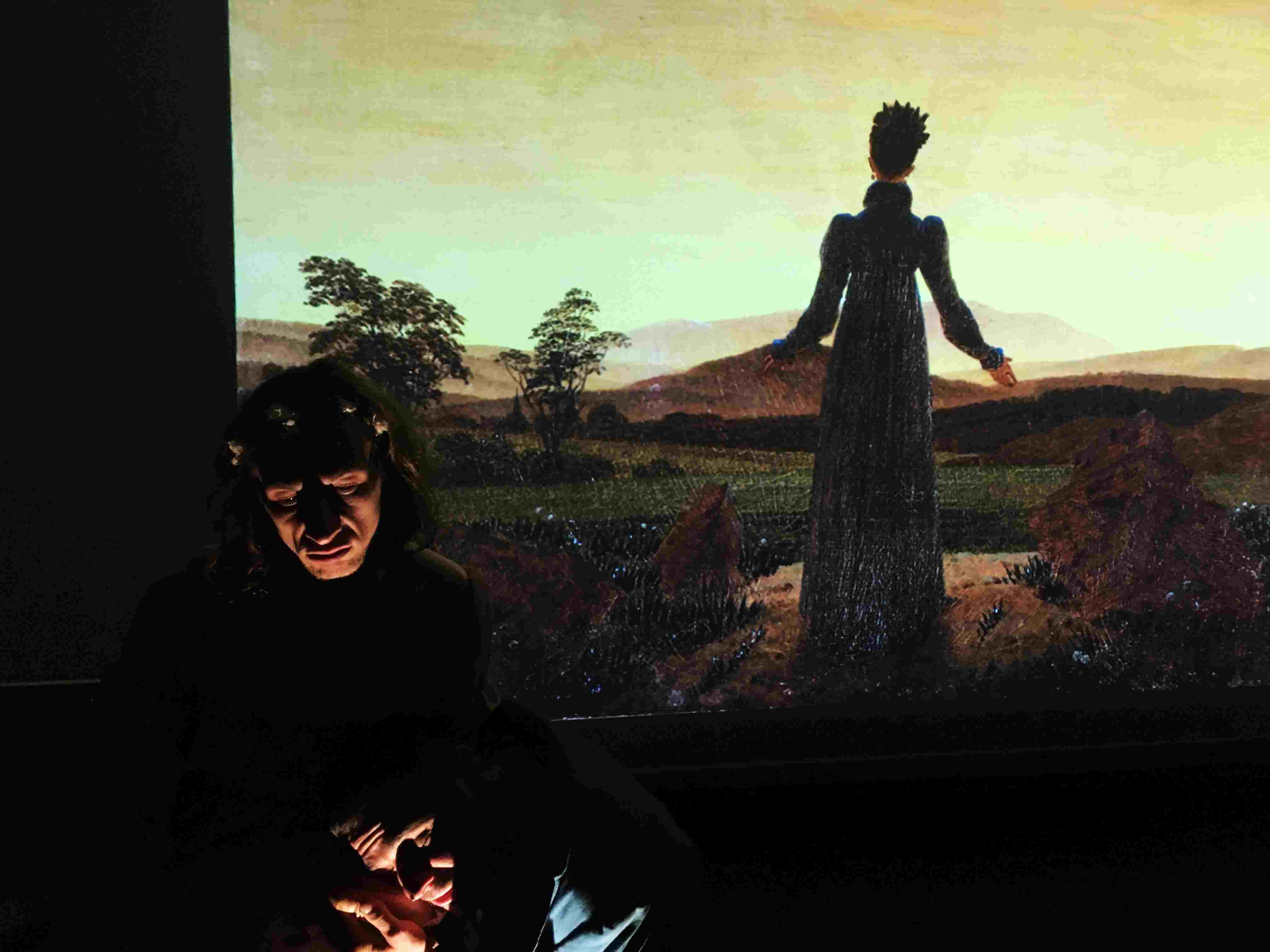 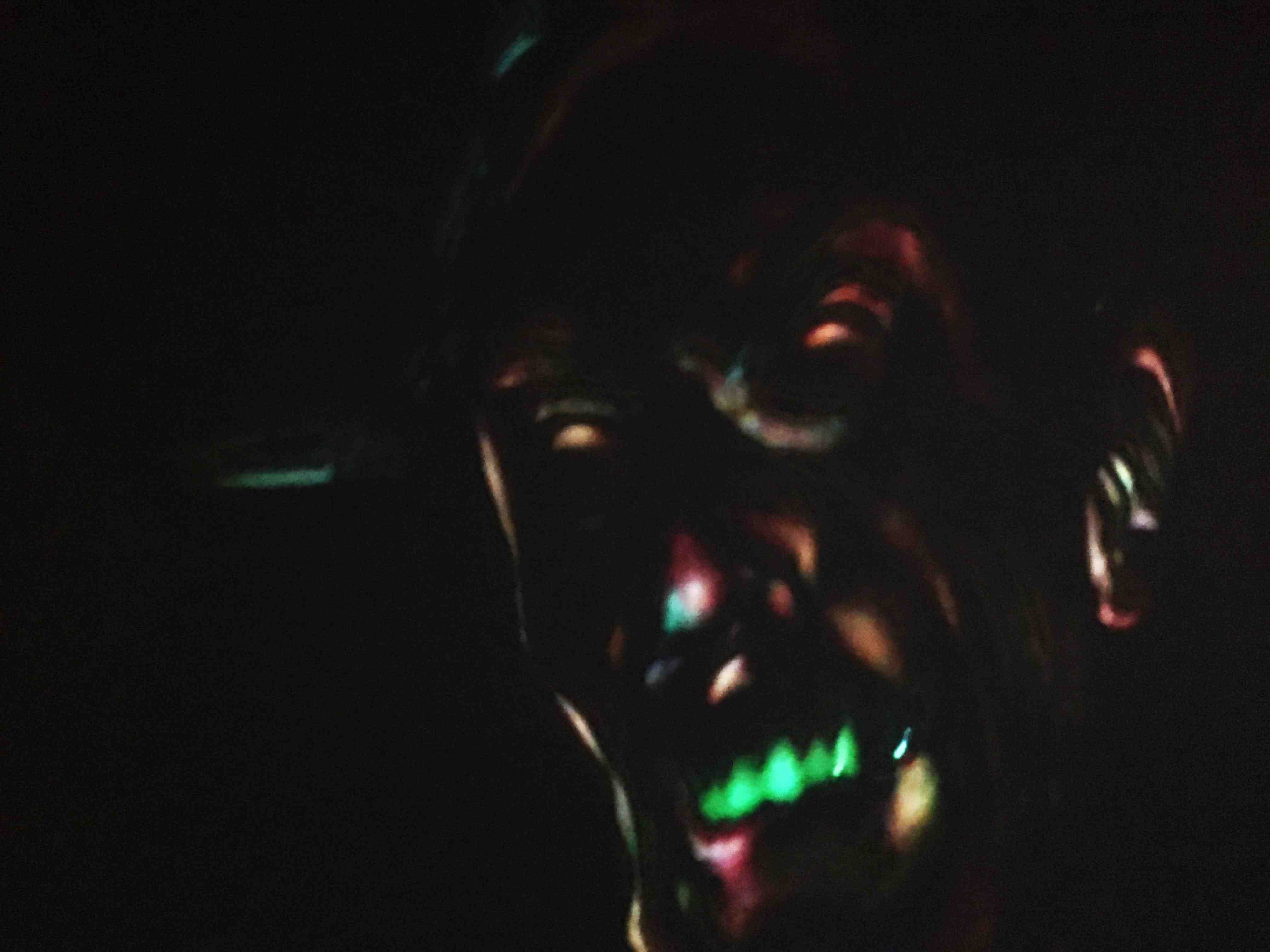 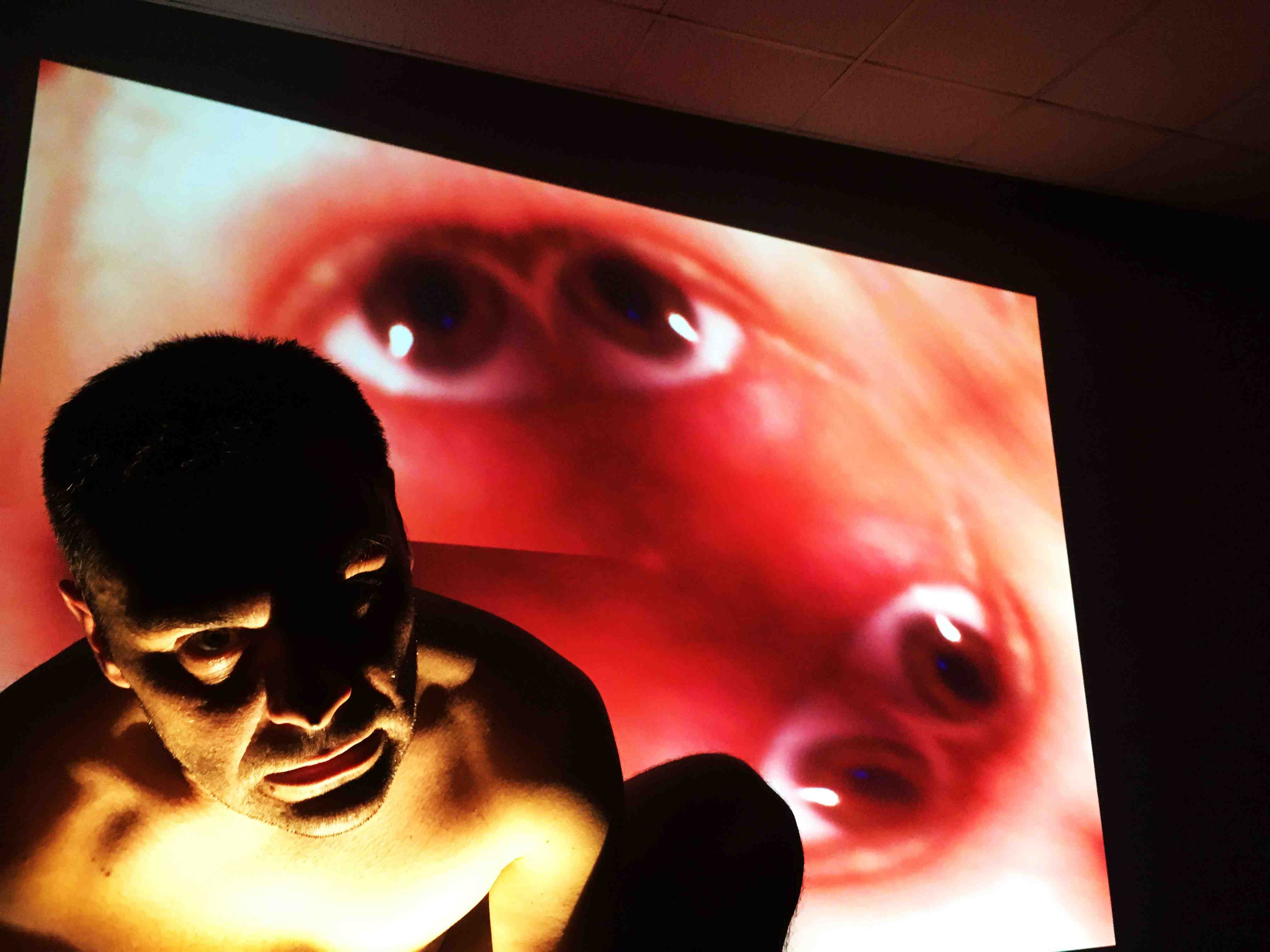 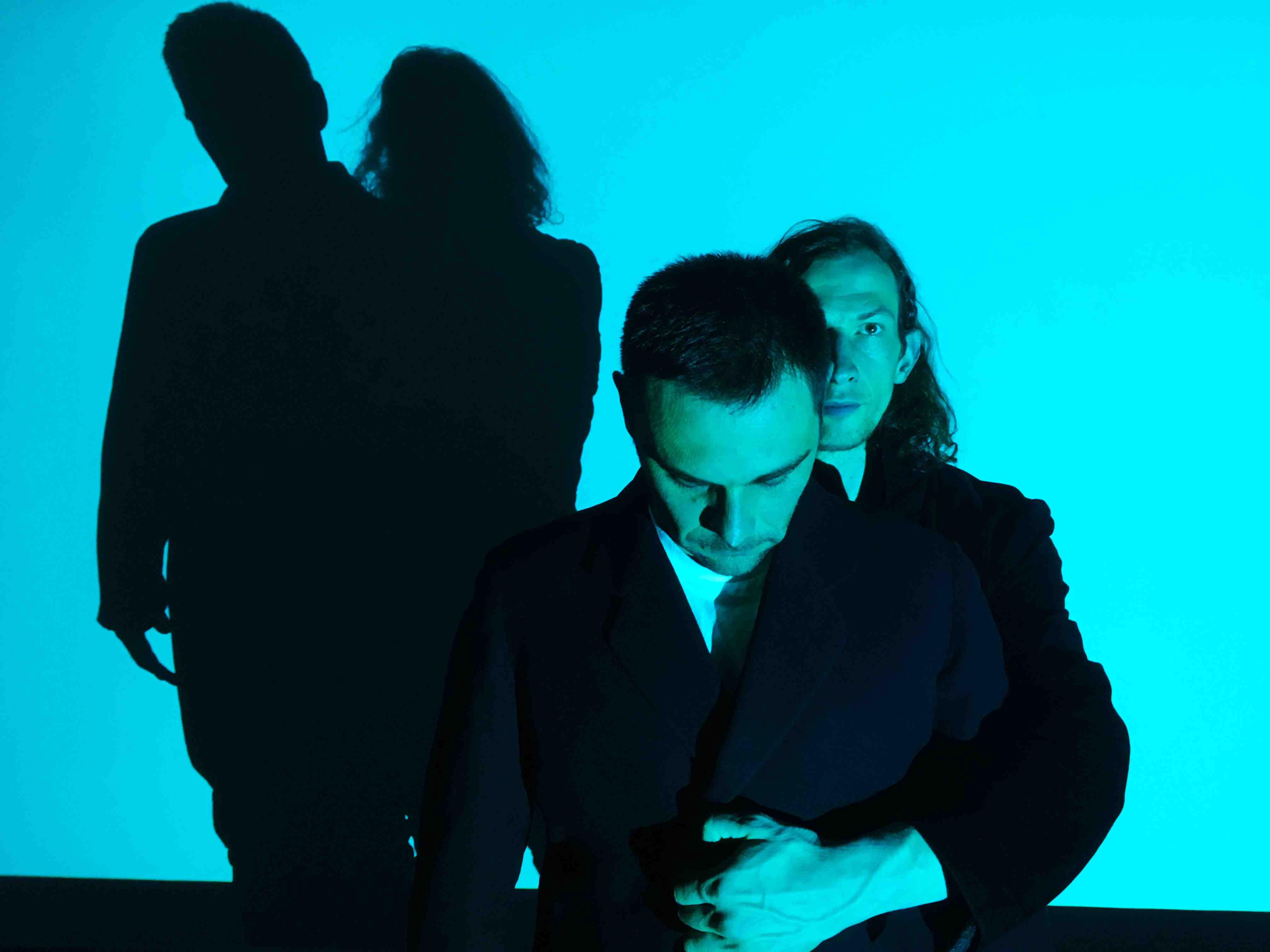 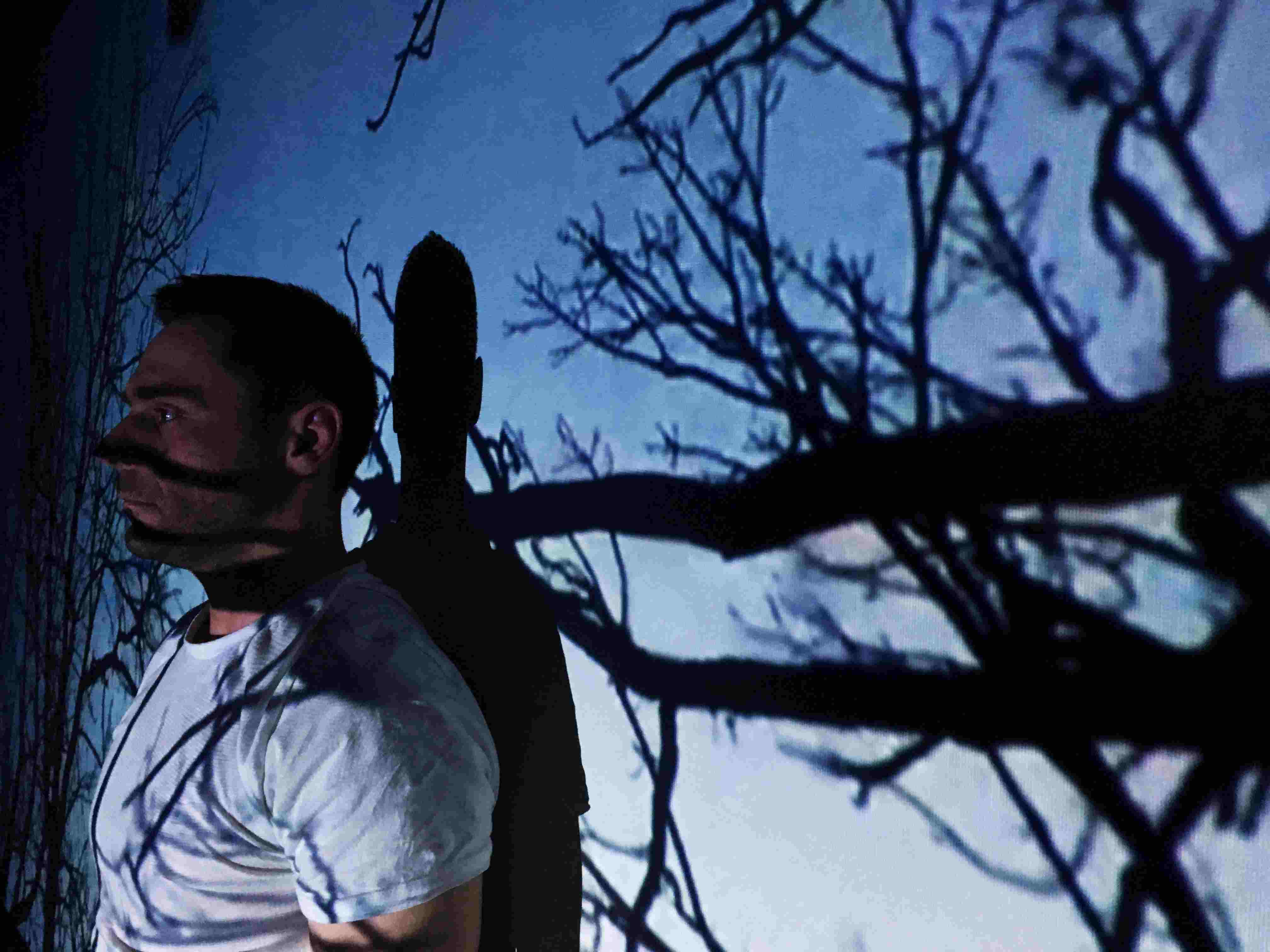 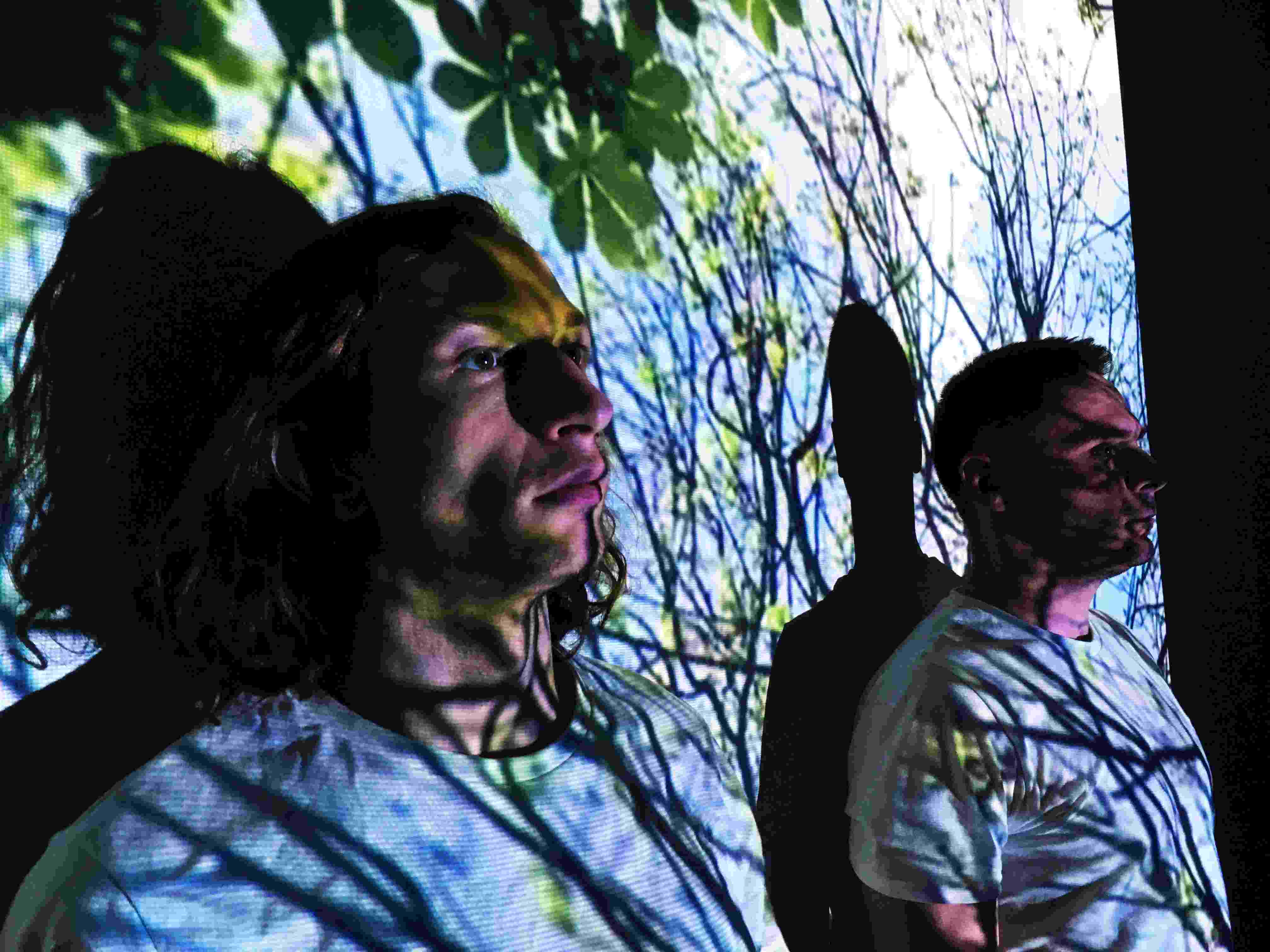 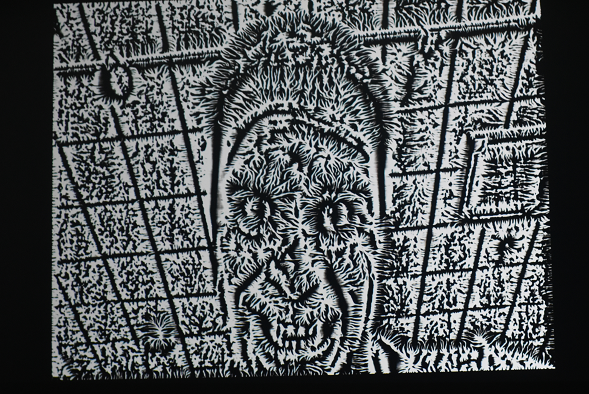 
Premiere - May 2019, Goethe-Institut Bulgaria
The performances is dedicated to the life and art of Hoffmann. To the romantic demons, the beautiful and the ugly, the uncanny, the technique and the poetry. “Hoffmann is a writer of what should be and not of what is.”

The performance is realized with the kind assistance of Geothe-Institut, Bulgaria.
The project is financed by the Culture Program of Sofia Municipality.
The team expresses its gratitude for the assistance to Alarma Punk Jazz, Etud Gallery and Ha-ha-ha Impro Theatre, Project A and Evgenia Atanasova.
Hoffmann's work has marked the fiction literature since the nineteenth century - from Gogol and Balzac, through Dostoevsky, Edgar Allan Poe and Baudelaire, to Kafka, Thomas Mann, Bulgako, as well as contemporary fiction in general. Plots from his books are the basis of many musical works. Among the most famous are Schumann's Kreisleriana, Tchaikovsky's The Nutcracker, Offenbach's The Tales Of Hoffmann and Leo Delibes' Coppelia. Today Bulgarian readers know Hoffmann through the edition of The Tomcat Murr (Bulgarian Fatherland Front, 1973), the two volumes Selected Works (National Culture, 1987) and the book with the wonderful, strange illustrations by Lyuben Zidarov - The Tales Of Hoffmann containing four works by Hoffmann (The Nutcracker, The Golden Pot, Little Zaches Called Cinnabar and The King`s Bride), and others.

E.T.A. Hoffman is a strange and unusual figure. Unusual for the history of literature in general, but also for its own time and for the literary direction to which it belongs. If most of the great romantic authors - Byron, Shelley, Blake, Coleridge, Pushkin, Lermontov, Novalis, Tick - turn to the fantastic as a sublime substitute for reality, Hoffman invents a new form of the fantastic: grotesque, funny, mixing everyday reality with an eccentric imaginary world, but no less extraordinary and, most importantly, no less exciting and desirable. Hoffmann's fantasy is paradoxical and inexplicable. It brings together contradictory, often mutually exclusive phenomena. Nowhere does the author bother to explain to the kind reader how these incompatible elements are combined - an approach that later became central to Gogol's work, which in his story Nose nowhere tells the reader how the nose wears an overcoat, walks, speaks, enters a church, and serves. The mechanical occupies Hoffmann as an inorganic likeness of organics, which is more interesting, entertaining and valuable than organics - Hoffmann's automata and dolls are masterfully crafted, but startle with their rudeness and rhythmicity, revealing them as inanimate, menacing nature. They are both scary and wonderful. Ordinary animals rarely appear in Hoffmann`s works - Hoffmann's animals are magicians, philosophers or even humans - Archivist Lindhorst in The Golden Pot is a salamander, and his daughter Serpentine is a snake (of course, it is not clear how everyone communicates with Lindhorst as a human being, who has an important service, or how the student Anselmus is in love with a snake). The pathos and pomp of Hoffmann's contemporaries are lacking in his works, but the latter introduce an ironic attitude characteristic of the modern alienated world: an irony we will find later in Gogol and Dostoevsky, in Poe and Baudelaire.

The initial hypothesis of our work, on which our creative interest in Hoffmann is based, is precisely the hypothesis of the fantastic. In our opinion, the real Hoffmann mania, which indirectly continues to this day, cannot be explained without the "Hoffmann effect": the effect of destabilizing the real, of extracting the superreal from the very structure of the banal everyday fabric of the real. The "Hoffmann effect" precedes and determines the modern psychologization of art, as well as the emergence of psychoanalysis itself. The iconic contemporary genres of psychological thriller and science fiction are under Hoffmann's sign. We are interested in the reversal of the romantic myth of the author, as well as the establishment of an alternative idea of creativity and an attempt to create reality, no less tragic than the romantic ones, but giving up the parade of self-heroization.

The significance of Hoffmann's work for modern theater in this case is key. Not only ballet, operetta, and opera of the nineteenth century were obliged to Hoffman; some of the revolutionary theater directors of the early twentieth century were directly inspired by his work. Tairov puts Hoffmann's "Princess Brambilla," and Hoffmann influences Vsevolod Meyerhold, among whose favorite authors he is. This interest makes possible the hypothesis of a connection between Meyerhold's method of biomechanics and Hoffmann's automata, as well as Freud's idea of the automatism of the unconscious, exploited artistically by surrealism.