Metheor is an artistic collective working with stage, visual and textual forms, elaborating a radical poetics, described as Theatre of Desorganisation. The central figures of Metheor are the playwright and director Ani Vaseva, the philosopher Boyan Manchev and the actor Leonid Yovchev. Metheor's projects include more than 15 written and staged theatre plays and performances, which toured internationally, as well as visual works and performative installations in Sofia, Vienna, Berlin, Porto, Leipzig, Plovdiv etc. Each Metheor performance aims to invent a unique form, based on experimental work with the text and productive critical use of theatrical techniques, leading to elaboration of new counter-techniques.

We believe the power of thought needs courage and intransigence, as well as will to form: the will to experiment with forms, unconstrained by dominant symbolic orders, setting the experience of the world ablaze with wonder and adventurous quest for freedom. As the name of the group suggests — with the enigmatic supplement of a central ‘h’ — Metheor’s harbinger (either angel, or demon) is the shining and ephemeral body of the meteor: unforeseen, unpredictable, obscure and ominous, yet wondrous body. A body that may chance upon the earth, or simply and most likely blaze across the sky, leaving nothing behind but a beautiful trace. We stand beyond the sublime apocalyptic imagination, we aim not at the global shock value of the ultimate catastrophe. Yet, we do imagine colours out of space, unseen territories and unimaginable forms that might emerge from a sudden blaze. 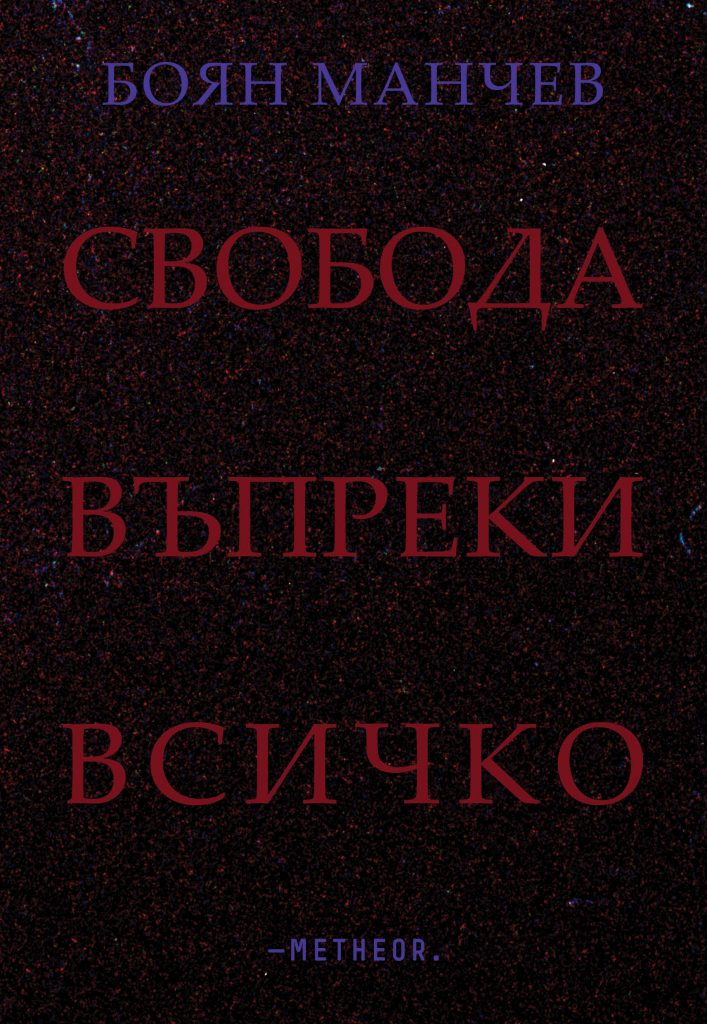 "FREEDOM IN SPITE OF EVERYTHING" BY BOYAN MANCHEV